Anosognosia: "But I'm NOT sick!" 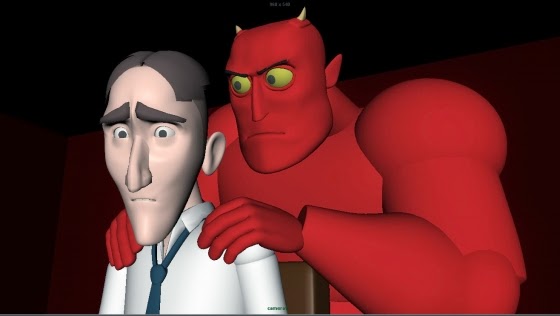 Few people realize that anorexia nervosa (AN) is the most deadly psychological disease. Roughly 20% of patients with AN will die from it. Of these 20%, the split is about even between those who die of malnutrition and those who die from suicide.

That's right. A higher proportion of patients die from AN than do patients with schizophrenia or bipolar disorder. Scary, no? And, frankly, most treatments aren't that effective. Anti-depressants? Not so helpful, although they can help clear up depression that might be occurring at the same time. Therapy? Can be helpful, but generally only to a point.

All of this makes one of the more common features of anorexia more frightening: a lot of anorectics honestly and truly do not believe that they are sick. This is referred to as "anosognosia," which literally means "lack of insight." Very understated. So we have the most deadly psychological illness with only an 80% survival rate (and that's NOT a cure rate, just the people who don't actually die from causes directly related to their AN)...and a bunch of patients who don't see that they have a problem.

I was certainly one such patient. Why? I'm not a stupid person. Why on earth wouldn't I put two and two together?

To be honest with you, I doubt I'm objective enough to answer this question fully. But a few thoughts come to mind: 1) starvation messes with your brain in weird, weird ways. 2) The media has sold AN as the disease of young women wanting to be supermodels. Wrong. Disordered eating is certainly influenced by such (bad) role models, but there is little evidence that true, clinical eating disorders are "caused" by the environment. (More on the difference between disordered eating and eating disorders to come in another post). So, I thought, if I am not looking in the mirror and seeing an obese person, if I don't want to look like a stick insect, and if I don't read diet magazines, I must not be anorexic, right? You can see where I was coming from.

Anosognosia is always going to be part of anorexia. The disease is all about denial. My favorite description of anorexia is as follows:

"'encapsulated psychosis': someone with anorexia suffers under a set of delusions just as powerful as the delusions of a schizophrenic—but only when it comes to food, eating, and body image."
-Harriet Brown, Brave Girl Eating

The devil on your shoulder very much wants to stay there, so he's not about to let you admit he's there in the first place. But I do think it would be easier for clinicians, friends and family members to point out the bloody obvious (hey, you've got a devil on your shoulder and he's trying to kill you!) if we disentangled body image issues, disordered eating and clinical eating disorders. So please be patient if I take a break from ranting about lupus and rant about eating disorders for a while.