Tired. Consada. Exhausted.  Épuisée...doesn't really matter what you call it, being fatigued sucks. And chronic fatigue is an intrinsic part of lupus. Which also sucks, as you may have picked up from previous posts. 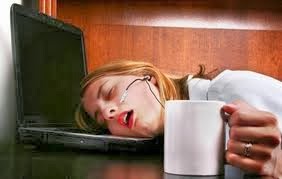 I've spent the day at work mainlining tea and trying not to fall all the way asleep at my desk. I'm guessing many of you know exactly what I'm talking about. For those without lupus, it's like the fatigue you get when you are really sick. That "I don't want to turn over in bed, let alone go to work" feeling you get when you're fighting a particularly nasty bug. Only in autoimmune patients it doesn't go away. This is not your "I stayed up too late last night partying" sort of tired...it's more of a "somehow my body has turned to a lead banana slug and will not move" feeling. Caffeine doesn't really touch it. (That being said, giving up coffee for Lent? I don't recommend it for lupus patients).

Chronic Fatigue Syndrome (CFS) is a real and debilitating disease. It can cause an otherwise healthy patient to become completely bedridden. Imagine, then, what it does to someone who is already sick. Chronic fatigue is so common in autoimmune diseases that I haven't found many physicians who diagnose it separately; it's just assumed that fatigue is part and parcel of your disease. And good luck asking for treatment. To be fair, it's not like doctors can just hand out high-grade caffeinated methamphetamines to give us energy, but I wish they could do something. Write a prescription so that my insurance company covers frappucinos, maybe? Is that asking so much?

I recently tried (I should've known better) to get treatment for my fatigue. The rheumatologist decided, reasonably enough, that the only thing he could do was treat the underlying lupus. So...more immunosuppressants! Which, sadly, have the side-effect of causing fatigue. *facepalm* I can't win. 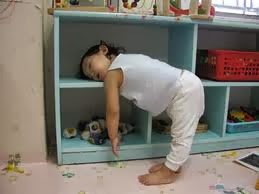 The good news, however, is that healthy people can help those of us who struggle with chronic fatigue. Here is a list, which will probably grow with time, of things to do (or NOT do) to make our lives a little easier:

Tips and Tricks for Avoiding Getting Killed by a Chronic Fatigue Patient:

1. Don't be a jerk. Asking a CF patient if (s)he can "just run down five flights of stairs to bring up the milk I forgot in the car, and while you're at it, can you shovel the snow off the driveway and find the cat..." is not a nice thing to do.

2. Do understand that a CF patient is not just making excuses. If we say we're too tired to do something, chances are that we really want to do that thing, we're just not physically able.

3. Do offer to help. Childcare, in particular, can be extremely helpful, even if it "just" means that the parent has a chance to take a nap.

4. Don't tell us to that this or that diet will solve all of our problems. It won't.

5. Don't tell us to "just get more sleep." This is both insulting and, most likely, not physically possible. On the other hand, don't tell us we're sleeping too much. Believe me, there's nothing we'd like more than to have more energy to get up and do things.

6. Do keep inviting us to social events, even if it seems like we can never go. We really do appreciate being asked. Autoimmune diseases, and CF, are very isolating, so it's nice not to feel forgotten.

7. Don't ask us if we were out partying last night. The answer is no, unless you count an electric blanket, a bunch of pillows and complete exhaustion as a "party."

And, finally, for the love of heaven, don't yell at us if we have a caffeine habit. I'm not saying it's the healthiest thing on earth (clearly, it's not), or that it's not an addiction (clearly, it is), but cut us some slack. We are the walking dead, zombies with jobs, families, responsibilities and no energy. Be glad that we're drinking Diet Dr. Pepsi (or whatever) instead of eating brains. It could be a lot worse. 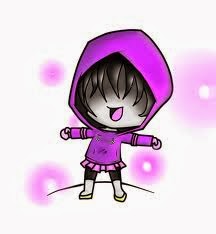