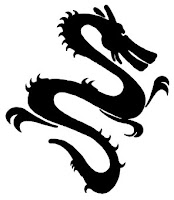 I have been asked to write a review for the voice recognition software that I've been using. First of all, I should tell you that I use Dragon Dictate for Apple computers. Dragon also makes software for PCs and for iPhones; whether that software is the same or not I don't know.

Dragon Dictate has really been a lifesaver for me. I have been working on my doctoral thesis while suffering from both arthritis and carpal tunnel syndrome. More recently, I have had both wrists operated upon. So the only way I have been able to update this blog over the last month or two is through this software. I would also be a lot further from graduating if I had not been able to dictate a considerable amount of my thesis.

All that being said, Dragon Dictate does have some irritating quirks. It has trouble with the difference between "to" and "too." Also, if I type a "." the software doesn't realize it's there, and does not start the next sentence with a capital letter. I've spent a considerable amount of time training the software to my voice, and it's generally pretty accurate. However, it does make some pretty funny mistakes. It takes patience and a lot of, "scratch that" comments to get things correct. I offer the following paragraph as an uncorrected dictation:

Mary had a Little Lamb, whose fleece was white as snow. Everywhere that Mary went, the lamb was sure to go. It followed her to school one day, Which was against the rules. It made the children laugh and play to see a lamb at school.

As you can see, the software did a pretty good job. It did, however, put in some random capital letters where they don't belong. I've also found that if I speak quickly, as is normal for me, the program has more trouble. As a side note, I know other people who are not native English speakers who have a very difficult time with this program. So non-American or English accents may cause trouble.

In summary, for me this software has been a Godsend. It has enabled me to do my work when I would've been physically prevented from doing so by my illnesses. It's not perfect, it does make mistakes, and sometimes it's frustrating. That being said, I would recommend it to anyone with serious hand or wrist problems!


Note: if you are a student or teacher there is a reduced price version of the software as well.
Posted by Unknown at 10:00 AM