In Defense of the So-Called "Skinny Bitches"


"...and too pretty is also not good. Everyone harbors a secret hatred for the prettiest [or skinniest] girl in the room." -adapted from Ani DiFranco 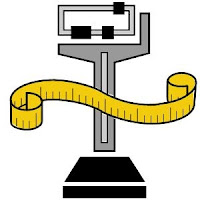 It goes without saying that our culture has serious “issues” when it comes to weight. We are bombarded with mixed messages, we are told that it is or isn’t our fault that we are over- or under-weight. Sadly, at this point it’s virtually impossible to address the topic without setting off fireworks.

Well, maybe this will set off fireworks, although I sincerely hope not. Lupus, along with many other chronic illnesses, can have profound effects on patients' weight in ways that we cannot control. Some drugs make us gain up to hundreds of pounds. Some drugs make us lose any amount of weight. The disease itself can cause involuntary weight loss or gain. But the point is: it is not something over which we have much (if any) control, and it is not something about which others have any right to judge us.

If you go to any Lupus support group, forum, etc. you will come across the most horrifying stories of people being publicly and cruelly mocked for being overweight. People who are doing everything they can to prevent the dreaded “prednisone weight gain” are screamed at by total strangers for not doing enough. There is nothing I can say that expresses my shock, anger, and sadness at the lack of basic humanity such actions imply.

But it goes the other way, too. Some of us lose weight. I am not going to pretend that, from a purely cultural point of view, but we are not the relatively (key word: relatively) lucky ones. Not from a health point of view, but from a societal expectation point of view, it’s better to lose than to gain weight. I’m not going to go in to how screwed up that is; that’s a rant for another day. But what is truly horrible is the discrimination faced by those with serious medical related weight loss.

In general, commenting on someone’s being overweight is considered rude. But not–so–subtly jealous comments about, and I quote, “that skinny bitch*,” are both common and not seen as all that inappropriate. Because being underweight has somehow become our collective cultural goal (at least for females), it’s okay to tell an unusually thin woman to, “Go eat a hamburger.” This kind of comment is just as hurtful as an equivalent comment would be if made to someone who is obese. “Go eat a hamburger?” Well, if, for example, you’ve just taken your weekly dose of poison, that hamburger isn’t going to stay down. And if, like so many patients, you happen to have celiac disease on top of lupus, a hamburger bun will literally destroy your intestines and cause internal bleeding. “Go eat a hamburger?” I don’t think so.

I am one of the relatively lucky ones. I have lost enough weight that people who haven’t seen me for a while often don’t recognize me, but I do not stand out as extremely thin. But others do. Patients who have been in the hospital, fighting for their lives. Patients struggling with drugs that are so toxic that the only justification for their use is the severity of the disease(s) they treat. The last thing such people need are snide comments about needing to eat more hamburgers, or jealous and catty references to “that skinny bitch.” So in defense of those fighting battles about which you have no idea, I beg you to treat even skinny women with the basic human dignity and respect that every human being deserves.


*I do not generally use such language in this blog, but that's the phrase that gets hurled at us. It's common, insulting, and apparently ok, since everyone secretly wants to be called it?