Tips for Surviving the ER 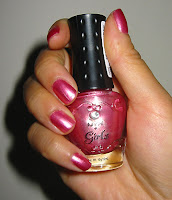 Most lupus patients spend many a fine evening getting poked, prodded, irradiated and generally made miserable in the ER. I'm luckier than most, in that I average one or two visits a year, but I have learned some tips that make ER trips a little less mind-numbingly boring. For what they're worth, I offer them to you:

1) Bring a kindle/book. 'nuff said. I always keep mine in my purse because I've gotten stuck in one too many waiting rooms. That plus sometimes the crazy dudes on a bus will leave you alone if you're reading. Sometimes. A more serious reason for bringing books, whether they be the traditional paper variety or the modern eBooky wonderfulness, is safety. No, I'm not suggesting that it might be reasonable for a patient to apply his or her book to the head of a patronizing physician in an act of mental self-defense. Particularly not if (s)he is careful to do a couple of stretches first, lock her wrist, swing from the shoulder... nope, not suggesting that at all. But what I am suggesting is that for those of us with wacked out immune systems, the magazines and the like that hospitals often keep in waiting rooms can be dangerous. Why? Because they have been handled by other people in the hospital. Sick people. Maybe even people with multiple drug resistant bacterial infections. Why take the risk of picking up a nosocomial infection (aka 'an illness you caught in a hospital')? Bring a book.

2) Wear nail polish. No, seriously. Hosptials are apparently trying for the "soothing" look. That's my most charitable interpretation for the kind of pseudo-pastels used to decorate the various walls, rooms and curtains, anyway. It takes, I'd say, about 30 seconds for the sensory deprivation to set in. In the land of the sensorily deprived, (s)he who has dark red nails is queen. This is probably even more the case if the patient in question is male. Protection from having brained turned to cheese by the "soothing" decor + instant conversation piece = total awesomeness.

Update January 2012: I recently got ER'd again. Bright pink toenail polish once again saved the day. Not kidding about this one, folks!

Update February 2013: ok, it turns out that wearing nail polish can cause difficulties for doctors. They really should tell you that in the pre-procedure paperwork. So...I reluctantly remove this tip.

3) Bring your cellphone and its charger. ERs are horrible. Last year I went in one day at about 3pm. I did not have to wait in the waiting room; the triage nurse sent me straight into testing. Guess what time I got to leave? 11:00 pm. I take public transportation to work (which happens to be in a building attached to the hospital). Guess what time the last bus runs? 10:30. Luckily, I had my cell phone and a dear friend had offered to drive me to the hospital if I ever needed it. She had also told me that I could call at any time. So I did, and was therefore not abandoned in a cold dark campus in the middle of the night. Even if you don't take public transportation, it's entirely possible that the nice docs in the ER will put something in your IV that makes it so you're not able to drive home safely. A cellphone and a friend will be your...uh... best friends.

4) Gather and write down info for your emergency contacts. I am extremely numerically dyslexic. I routinely give people the wrong phone number (unintentionally). I had to look up my own address this past weekend. I've lived in the same flat for over two years. So for me it's absolutely vital that I have my emergency contacts' phone numbers written down before I enter the ER. Most hospitals require at least two emergency contacts. Figuring out who they are going to be, making sure that your contacts are comfortable in that role, and writing their numbers down saves you from a brain freeze when a nurse is looking at you with a, "Seriously? You can't remember your spouse's/parent's/best friend's phone number?" sort of expression on his or her face. I personally feel that it is best to have one of the contacts be physically in the area; one of my contacts is a family member who lives in CA, and the other is the previously mentioned dear friend. If there's an emergency, guess who will be able to get to the hospital first?

5) Bring or drink water. You don't actually have to bring water to the hospital, but make sure that you drink enough while you're in the ER. I once made the mistake of drinking maybe one cup of water in the eight or so hours I was in the ER. The next day I woke up with the worst suicide headache I've ever had. If the docs are giving you fluids through your IV then don't worry about it. If, however, they are only giving you medications, make sure you ask for water frequently.

6) A list of your medications. The list should include the names of the medications, doses, frequency you take them, etc. This is a very, very good idea. It didn't occur to me simply because VT is a teeny tiny state, and the ER I go to is in the same hospital as my rheumatologist's, dermatologist's and opthalmologist's offices. So my drugs are always in the system, and are generally up to date. But if that is not the case for you, then this is one of the most important things you should bring.

7) Medications: This is another one that didn't occur to me, because I always have any medications I might need during the day in my purse. It has amused my coworkers more than once, as I bring over the counter meds as well as my prescription drugs. Someone in my lab asking if I have anything (s)he can take for a headache will be offered a choice of tylenol, advil, aleve, or excedrin. It's important to remember that ERs are inherently stressful, so if you are, for example, prone to migraines, it's a very good idea to make sure you have something to treat them. Sure, the ER docs can eventually get you something, but it's easier if you have the medication(s) already. Note: be sure to tell the docs in question if you actually take something; they need to know so they don't give you something that interacts with it.

8) A snack. I'm a protein bar kind of gal myself. My protein bars are put through the rigorous screening process of having to be the cheapest ones Costco is selling when I buy them. If you are going to be stuck in the ER for hours, it's a very good idea to bring some sort of food so that you don't have to hold up unsuspecting nurses and interns for quarters to use in the vending machines.


Image credit: http://femfashions.com/2011/07/do-you-know-story-of-nail-polish/
Usual disclaimer: I'm not a doctor, don't have clinical experience, and nothing I write should be considered as medical advice.
Posted by Unknown at 9:02 PM