For those unfamiliar with the term, "zest an orange" probably sounds vaguely disturbing. Like something out of a bad sci-fi flick, maybe? But don't worry, it just means that you should scrape off the outmost layer of the poor fruit's skin. Which, actually, sounds even worse.

Well, however it sounds, it's a great technique. By removing the outermost layer of a citrus fruit's skin you get a huge amount of citrus flavor for a very little amount of effort. Here's how to do it:

1. Get a microplane zester. Ok, so you don't actually have to get one, but it's about a million times easier if you do. If you absolutely must, you can use the smallest grater on a cheese grater, but it's a lot harder and messier to do it that way. As a matter of fact, I almost never zested anything until I got the proper tool and realized how easy it could be.

2. Wash citrus thoroughly. You will be using the part of the fruit that has been exposed to dirt, pesticides, bugs (guess what Sam's major phobia is!) and who knows what else.

3. Holding fruit in one hand, quickly grate the zester across the top of the skin. Remove only the darker colored skin. If you start removing the white layer underneath you may find that the zest suddenly tastes bitter. 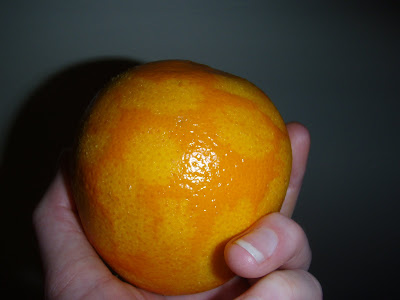 In this picture the lighter patches are the places from which I have removed the orange zest, and the darker orange patches are places that still need zesting.

And that's really all there is to it! Adding zest to a recipe really does make a huge difference to the taste, and greatly intensifies any citrus flavor. That plus it's kind of pretty to have little flecks of color in your recipes. I generally add the zest right at the beginning of a recipe, generally with whatever butter or oil the recipe calls for. 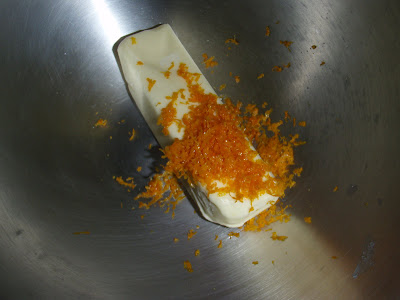 Orange zest waiting to be mixed into butter for cookies. 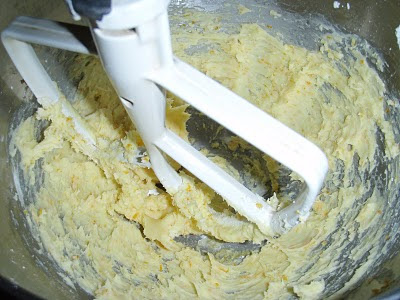 Zest mixed into butter and sugar (click on the photo for more detail). 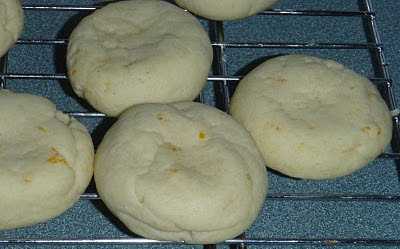 Cookies that contain zest. The recipe will follow; right now I'm still working to improve it. I think it's pretty close, but I do want to give it one more shot before posting the final version.
Note: if the recipe you're using calls for both zest and juice, always zest the fruit before cutting it! It's very difficult (although not actually impossible) to zest a fruit that has already been cut.
Posted by Unknown at 10:37 PM