I am, as most of my friends know, somewhat ambivalent about living in Vermont. On the one hand it's a gorgeous state (in the summer), and most of the people I've met are pretty awesome. On the other hand... 600,000 people? In the entire state? Not to mention the fact that there are no Trader Joe's stores, no Targets, no Nordstroms, no REI... I'm honestly not that big of a shopper, but still...

But one thing I'm not ambivalent about is Lake Champlain Chocolates. Great company, that one. And luckily for me, they serve my favorite kind of hot chocolate, which includes chili and cinnamon. They call it Aztec Hot Chocolate; whether that name has any basis in historical fact or not I really don't know. Either way, I decided to make a cookie that has the same basic flavor.
The one unusual ingredient (for me) is the instant pudding powder. I was introduced to instant pudding later in life (by which I mean about 19 years old). I was living at my Grandparents' house while doing a summer internship at the National Institutes of Health. Imagine my amusement when, on the very day that my grandmother flew out of town, my grandfather went to the store and bought, I would estimate, about five boxes of instant pudding, a box of brownie mix and a box of cheesecake mix. We spent a very fun week eating lots of pudding. Unfortunately, with no grandfather in Vermont with whom to share instant pudding it is not anywhere near as much fun, so I decided to incorporate it into a recipe rather than have it sit all alone in my cabinet.
Aztec Cookies:
Blend thoroughly:
1/2 C (1 stick) butter
1/2 C brown sugar
1 egg/egg replacer equivalent
1 tsp vanilla
Add in:
1/2 tsp cinnamon
Scant 1/8 tsp chipotle chili powder (I used a 1/4 tsp measuring spoon and filled it slightly less than half full)
1 box chocolate pudding mix (I used Jello Devil's Food Chocolate Pudding)
1 tablespoon water or milk
Beat everything together until totally blended.
Add in:
1/4 tsp salt
1/2 tsp baking soda
1 1/4 C flour
Mix until just blended, then add in:
1 C (roughly) dark chocolate chips
Form cookies into balls (dough will be a little bit dry) 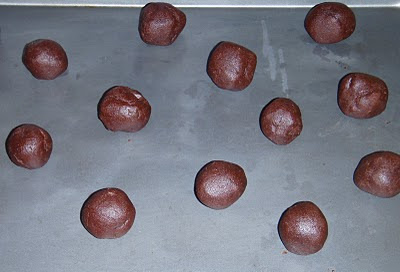 The cinnamon/chili makes the cookies have a slightly red colour; this is nothing to worry about.
Bake cookies at 350F for 10 minutes. 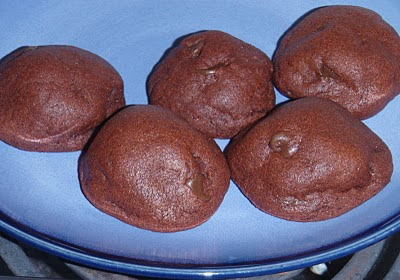 While cookies are still hot dust with powdered sugar (just because it's pretty and because the reddish tinge is a little unusual and might be off-putting to some). 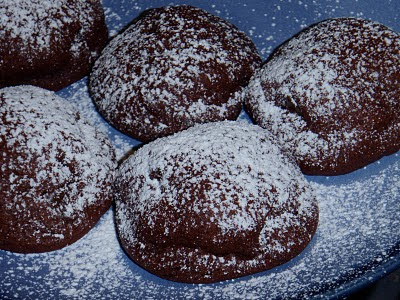 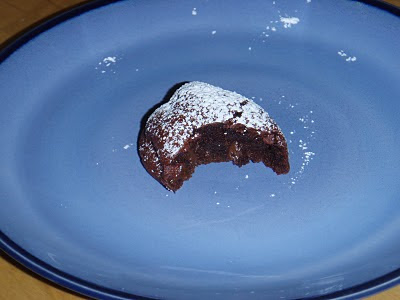 Note: the chili powder should just be hot enough to leave a spicy aftertaste. If you're really not partial to chili you may omit it. It will still be a tasty cookie.
Posted by Unknown at 10:42 AM